How can I help you?

Today I will talk about future faking often seen in narcissists and in a different way in Borderline Personality Disorder.

It’s so painful to believe that all our dreams will happen just to realize it was just a fake dream.

Why did they say all those things and then suddenly cut you out of their life?

It might have left you confused, doubting what was real and your trust broken from the broken promises.

It can be so painful and traumatizing.

I know because I experienced this.

I used to do stress magic, but I learned that I know nothing about illusions. The Narcissist and Borderline make you believe in a reality that never was and never will be and invest yourself so much emotionally that you are hooked.

It’s not your fault. You were sucked into a dark hole of someone with a severe mental health condition.

But you are not a victim because there is so much to learn from this.
Let’s look at what they do

They learn what you hope for and give you that imaginary future.

They talk about a future with you very quickly, such as I want to spend my life with you, moving in together, having kids, marriage, etc.…

They want to do the things you want in the future. Travel more, your hobbies…

They never intend to or will follow through on any of this.

It a “I will buy in now and pay later.” Except they never pay later. They get what they want—your attention, affection, support, acceptance, and validation. But what you wanted never materialized.

Because “someday they will do this thing you want”….

It’s part of the mirroring where they learn what you like, want, and desire so they can make future promises based on these hopes.

They get you to fall in love with a future illusion that will never happen.

I often get the question; it is manipulation, and it’s important to remember that people with mental health conditions are all different, and the mental illness is not all they are.

Why do they do it

The Narcissist does it to suck you in and get you emotionally attached to the potential future, so you give them what they want now in the hope this future you desire will come at some point.

The Borderline sometimes do it to hook you in like the Narcissist, but the Borderline is often not trying to manipulate you.

They often do it because of their emotional immaturity.

They feel an intense emotion at that moment, so they express it like an excited child. Still, because their feelings are unstable and extreme as a child, it’s like a child who says to their friend, “you are my best friend forever,” and the next day, the child feel upset and they say, “I never want to speak to you again. You are not my friend”.

Only the current emotion they feel is real to them, and they feel the feelings so intense.

What is a commitment because you are emotionally stable for them is just an intense feeling at the moment.

You can never take anything a Narcissist or Borderline says about the future seriously because the Narcissist is often just manipulating you. The Borderline is only an excited child expressing how they feel in that moment.

How to spot it

I want to ensure you don’t end up experiencing the pain of a broken dream and trust.

So, here is how you can spot it.

1. They talk about many things that never happen.

Mature love and safe attachment are a slow process and not intense and fast.

The speed and intensity are a sign of lack of emotional regulation, impulsivity, and insecure attachment.

If you have already had this horrible experience, then here is How to heal from it.

1. Realize you were vulnerable to this. You likely have old wounds of not feeling accepted, worthy or you could have anxious attachment or be codependent. This is a great chance to explore this with a therapist and heal those wounds, so you don’t get attracted to a person with these traits again.

2. Focus on creating your dreams, hobbies, and things you enjoy. Don’t put in on someone else to fulfill. Create a fulfilling life on your own that way, your relationships with being much more healthy and secure.

3. Self-love. We are so critical towards ourselves. Give yourself compassion. Do things that feel good. Treat yourself lovingly. How you speak to yourself, hold yourself, look at yourself, touch yourself.

4. And this was likely the most important realization for me. I did not love her; I loved how she made me feel. She was just the external stimulation, but it was my brain chemicals that made me feel good. So, I can feel good like that again. I just have to map out what needs she fulfilled and then get them in other ways.

I hope you can use some of these ideas to heal and know the signs, so you don’t end up in the same place.

Sign-Up to get the free Avoid Toxic Dating guide.

The Guide will transform How You Select Dating Partners.

You will learn how to Spot & Avoid Toxic and Dangerous Dating Partners.

“…This guide could save your reputation, finances, sanity, and life. The most toxic people are also the most charming so knowing the red flags is the only way to safe dating” 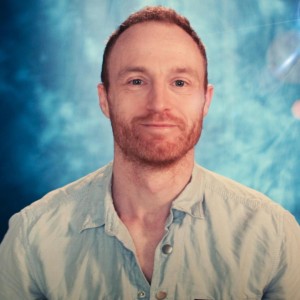